Because of the lower demand caused by the Covid-19 pandemic, many shops and outlets have generated less income. With people staying at home, it's no surprise that these businesses, even if they were previously thriving, are struggling.

While online shopping is booming in the midst of all of this, physical stores and shopping malls are feeling the brunt of the pandemic's effects. Nonetheless, a number of shopping malls were already struggling prior to the outbreak, and the pandemic did not help their situation.

Except for the fact that it had a cinema and a nightclub, Viva Home was supposed to be the perfect alternative to IKEA. However, due to the closure of MBO Cinemas in the mall, Viva Home no longer receives the same number of visitors as it once did.

This mall was once well-known for the filming of TV9's music show "Versus." Nonetheless, that is a thing of the past, as the people who frequent this mall are only there to see newly released movies on the big screen. According to reports, the lack of visitors has encouraged small fabric stalls to take up residence in the mall's centre.

Fiesta in Ampang, like the other malls on this list, is struggling in these difficult times. Despite being built near residential areas, this mall has not received the number of visitors that were anticipated.

If you've been here, you'll notice that the mall appears more lively from the outside than it does from the inside. This could be because most of the F&B outlets, such as KFC, Subway, and Restoran Safreen, can be reached without passing through the mall's main entrance.

Despite its location, we all know that this KL mall does not have the highest visitor count. Because the number of cases in KL is increasing, it is beginning to have an impact on the businesses that operate in this mall.

The only reason Quill City Mall is still standing is because UniKL students frequent it because it is located on the same campus as their college. The situation in the mall would have been far worse if it hadn't been for the nearby UniKL campus.

If you live in Ampang, you are most likely aware of the current state of Galaxy Ampang. Because it had a cinema, this shopping complex had the potential to dethrone Ampang Point as the go-to mall in the area when it first opened, but that did not last.

Aside from the top and bottom floors, all of the floors in between are empty and may give visitors the creeps. With cinemas currently unable to operate, this mall could only rely on hair salons and massage parlours to stay afloat.

Endah Parade is one of the largest malls in the area, but that is about the only interesting thing to say about it. As the old adage goes, "bigger doesn't always mean better."

Like the other malls on this list, the majority of the tenants who used to rent space at this mall have ceased operations. According to reports, the only businesses left in this shopping centre are massage parlours.

If this list had been created years ago, this mall would not have made the cut. If you've been here before, you'll recall that 1 Shamelin used to be teeming with different stores and regular visitors. However, the mall now has a limited number of outlets, which makes it appear gloomy and, at times, creepy. 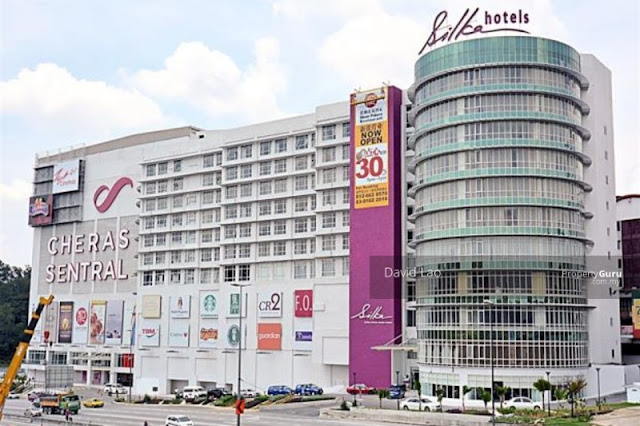 This mall, formerly known as Cheras Plaza or Phoenix Plaza, was once a popular destination for locals. Since the mall was given a facelift a few years ago, it has attracted an influx of new visitors and shoppers.

However, it may not be long before the mall becomes a "ghost town" again, as most of the stores have closed since the pandemic forced the government to impose the Movement Control Order (MCO). Starbucks and a few other essential stores are the only ones that are still open.

Have you been to any of the aforementioned shopping centres recently?